Thomastown Club  flyer Wayne Williams takes out the first race of the short distance series with a little blue bar Houben hen (with a bit of Janssen thrown in for good measure). Wayne’s winning velocity of 1397.68 m/min was a clear 42 m/min ahead of his next rival.

Len La Sala of the Pascoe Vale Club wins the 2nd Kurting race of the short distance series with a blue chequer hen. At a velocity of 1451.79 m/min Len was only 8 m/min faster than his nearest rival.

Nabil Pethyo of the Broadmeadows Club picks up his first ever 1st Fed with a Mealy cock winning from Wycheproof  an average distance of 235 kms. His winning velocity of 1150.12 m/min was again only 8 m/min ahead of second place. 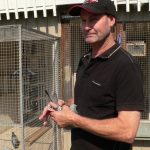 “What an effort”.Thomastown Club  flyer Wayne Williams takes out the 2nd Wycheproof with the same  little blue bar Houben hen (with a bit of Janssen thrown in for good measure). Wayne’s winning velocity of 1194.62 m/min was only 4 m/min ahead of his next rival who incidentally was second to Wayne in the first race!!

In only his second year in racing,Steve Veljanovski of the Fawkner Club wins his first ever Fed with a winning velocity of 1579.79 m/min, 7 m/min ahead of his next rival. The little blue bar chequer pied of unkown origin…..”The Mystery hen” is a sister to the cock that Steve has Fedded with 3 times this season!! Steve is the Northern most flyer in his club living in Wallan and with today’s west/north west winds, it was a mighty bird that could pull out so short.Well done Steve. 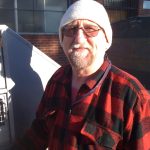 He’s back!! Vince Cannizzo of Aussie Lofts takes 1st Fed from Mittyack some 340kms. As Vince said ,the 2 year old blue bar hen doing 1208.47m/min beating  second place by 4m/min, was the only one to land for a while but she was good enough.

The K.Price special was won by first year flyer Rober Ziaja of the Brimbank Club. His blue bar hen from George Lup’s Janssen line ,which is a full sister to his last weeks 10th Fed bird flew 1351.85m/min to win by 1.96m/min from second place. Congratulation Robert on your first ,first Fed.

Steve does it again with with a good fly from Mildura for his 2nd 1st Fed for the season. His yearling Blue bar cock flew 1219.76 beating second place by 4.24m/min.Well done Steve and keep it going.

Anthony Cocks and Family wins the tough H Parkinson Special with the old blood – a Wickham cock.The sire of this cock was gifted to Tony by Frank Velluto which was from the  David Finerty lines.Doing 844.54m/min,Tony beat second place by a convincing 13m/min.Congratulations on your first Federation for the year.

This weeks fed winner with his buddy George Lup.This weeks bird doing 1239.30m/m was a hen off a pigeon purchased from Keith Saggers last sale !!

Rob dropped two together , the other was a VanLoon cock.Robs second fed win for the season !! 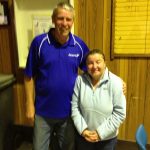 Congratulation to Wayne for also clearly winning the Short Distance Series for 2012.